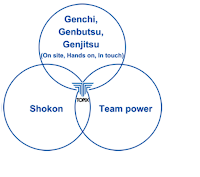 Genchi Genbutsu (現地現物) means "Go and See”, suggests that in order to truly understand a situation one needs to go to genba (the real place) where work is done. It is a key principle of the Toyota Production System.

Genchi Genbutsu is a key approach in problem solving. If the problem exists on the shop floor then it needs to be understood and solved at the shop floor

"Genba attitude" reflects the idea that whatever reports, measures and ideas are transmitted to management are only an abstraction of what is actually going on in the genba to create value. Metrics and reports will reflect the attitudes of the management questioner and the workplace responder as well as how the responder views the questioner. It also increases the chance that actual issues and unplanned events will be observed first hand and can be managed immediately; this includes issues that are not apparent to the genba workforce.

Masaaki Imai, a Japanese management writer who introduced the West to the idea of kaizen, wrote a book called “Gemba Kaizen”. This combined the concept of gradual improvement (kaizen) with an on-the-spot presence (gemba)—being there in order to spot any opportunity for improvement. Imai says there are five golden rules of what he calls gemba management:

• When a problem arises, go to the gemba first—don't try to make a diagnosis on the phone.

• Take temporary counter-measures on the spot to resolve the problem.

• Then find the root cause of the problem.

An article in 2004 in the Chicago Sun-Times gave a vivid example of the principle in action inside the company. Yuji Yokoya, a Toyota engineer, was given responsibility for re-engineering a new generation of the Toyota Sienna minivan for the North American market. So he drove one more than 53,000 miles across America, from Anchorage to the Mexican border and from Florida to California. As the paper described :


Crossing the Mississippi River by bridge, Yokoya noted that the Sienna's crosswind stability needed improvement. He observed excessive steering drift while traversing gravel roads in Alaska, and the need for a tighter turning radius along the crowded streets in Santa Fe... Finally, he decided that the new Sienna would have to be a minivan that families, and especially kids, could live in for extended periods of time. Upgrading seat quality became a priority, along with “kid friendly” features such as a roll-down window for second-row passengers, an optional DVD entertainment centre and a conversation mirror so parents could monitor what was going on in the back seat. 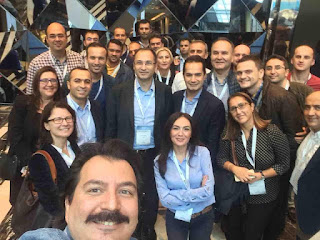 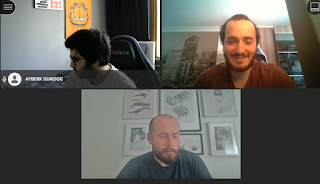