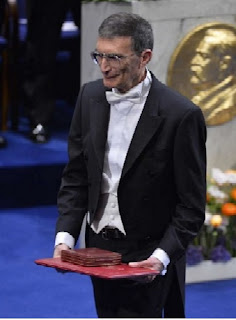 "Taking Nobel is good but, the road and discoveries to there were better than that." Aziz Sancar Aziz Sancar's life, that began in Mardin, rural part of Turkey, and continued in İstanbul Medicine Faculty and later United States, to Nobel Chemistry Prize in 2015, is inspiring. His life story shows us what hardworking  people can do when they are given good education and necessary chances. Three very important stories that especially interested me in his life were: - When Aziz Sancar came to the US in 1971 to John Hopkins University, only foreign language he could speak was French, that he had learnt in high school. He solved his language problem in one year, besides his heavy academic studies. To overcome that, he was working 7 days a week, 18 hours a day. On the other hand, related to this very challenging studies, he had no time for socialization. As a result in 1972, he returned to Turkey, to take depression therapy. After, one year when he got better, he retu
Yorum Gönder
Devamı
Diğer yayınlar